We're Getting Mutants in the MCU - The Loop

P. Slater was a citizen of Sandford. When Nicholas Angel first arrives in the town and goes to the pub, he sees that there are many underage drinkers, so he kicks them all out. Afterwords, when Nicholas is taking a drunk back to the station, he comes across Slater in a car park and he is arrested.

Later, when the Neighbourhood Watch Alliance is revealed to be a murderous cult and attempts to kill Nicholas, Slater's corpse is found underneath Callahoun Park. He was killed for his drunken indescretion. 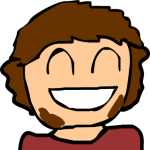