"Take car, go to mum's, kill Phil, grab Liz, go to the Winchester, have a nice cold pint and wait for all of this to blow over. How's that for a slice of fried gold?"
―Shaun's plan for surviving Z-Day

Shaun James Riley is the main protagonist of Shaun of the Dead. He is the partner of Liz and became an unlikely hero during the events of Z-Day.

Shaun is an average 29-year-old male living in Crouch End, London. When he was young, Shaun's father died, and his mother, Barbara, later married Phillip when Shaun was 12 years old. Phillip was hard on Shaun, and this created a rift between the two. Shaun no doubt believed that Phillip's strict behaviour was born out of a dislike for the boy, but years later (moments before his step-father's death from a zombie bite) he would learn that Phillip did it out of love.

Shaun met his best friend, Ed in primary school, and the two remained constant companions since then. They were frequent customers of the Winchester Tavern, and Ed would often cheer him up by doing an impersonation of Clyde, the orangutan from "Every Which Way But Loose". The duo also participated in a quiz competition held at the Winchester. Ed crashed at Shaun's one night and never left. Five years later, he was still sleeping on the sofa.

Shaun maintained a cordial relationship with Pete, his flatmate whom he met in college. Pete worked as an executive and was always berating Shaun about not doing more with his life. Shaun often found himself acting as a buffer between Ed and Pete, who couldn't stand each other.

Shaun aspired to become a DJ, though this ambition was shelved along with his record collection. However, Shaun became involved in a serious relationship with Liz, though Shaun remained unmotivated while Liz aspired to achieve more with her life than simply "drinking herself to death" in the Winchester.

Shaun himself later attempted to turn his life around, though his epiphany, unfortunately, coincided with the rise of the living dead.

Shaun worked at Foree Electric, where he held the position of "Sales Adviser". His co-workers were much younger than him, and they always failed to show respect.

Shaun is an avid fan of music, and he has a very respectable record collection. Included in his collection are Crucial Electro, "Blue Monday" by New Order, Purple Rain, Sign o' the Times and the Batman soundtrack by Prince, Brothers In Arms by Dire Straits, The Stone Roses and Second Coming by The Stone Roses and Diamond Life by Sade (which belonged to Liz). Unfortunately, several of these albums were destroyed when Shaun and Ed threw them at zombies in an effort to kill them in the back garden of the house.

Shaun loves his mother very much, despite the fact that she was married to Phillip for 17 years. She lovingly referred to Shaun as "pickle." He would visit her twice a month but was prone to forget the little things (like flowers for Mother's Day). When she was bitten by a zombie and turned into one herself, a grief-stricken Shaun was forced to shoot her.

Liz is the love of Shaun's life. Even after she broke up with him (for neglecting her needs and being unwilling to change), Shaun braved great danger to rescue her from hordes of zombies. When they were trapped in the cellar of the Winchester and facing certain death, the couple reconciled. These days, the happy couple live together in the house that Shaun used to share with Ed and Pete.

During the zombie crisis, Shaun found qualities inside himself which he didn't know existed. While he often failed and sometimes looked foolish, he was willing to risk his life to save his family and friends. Despite having to shoot his mother and leave his best friend for dead, Shaun seems to have endured the events of "Z-Day" fairly well.

Shaun has pale skin, messy but clean and neat ginger hair, stubble, and light blue-green eyes. He wears a white shirt with a red Foree Electric name tag with "Shaun" on it, on the left of his shirt, red necktie, black trousers, and dark brown shoes. 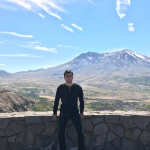 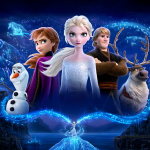